Must Read:Played Up?: Truth’s Anti-Smoking Article About Smoking In Video Games

Scott’s Game Of The Year Nomination

Things Are About To Get Brut@l

Casino Games – Are They Gaming?

Undead Raz From Psychonauts Is Teaming Up With Zombie Vikings

SHODAN Is Back In Newly Announced System Shock 3

Alan’s Game Of The Year Nomination

You’ll Get High With The Deadly Tower of Monsters

We Chat With Rubicon About Combat Monsters

In my recent review for the Steam Link, I mentioned how nice it was to finally get to play my PC games away from a desk. Well, it seems that someone has gotten the idea that playing Steam should be something you should be able to enjoy on the go as well. Smach Z is touting to be the first handheld console to play more than 1000 compatible games on the go. These games include Portal 2, DOTA, Left 4 Dead 2, Team Fortress 2, Monaco, Civilization V, and OlliOlli.

The Kickstarter, which was launched on December 9th, already has 488 backers and is currently sitting at 150 thousand of its nearly million-dollar goal. Starting at €249, you can nab an early bird special that includes the console, charger, and t-shirt. But what kind of hardware is inside? Well, to start, there’s an AMD Embedded G-Series processor, that combines the CPU with an advanced GPU that uses less power when dealing with small form factors processing. This little beast has 2GB of dedicated GPU RAM.

Not only that, but it has 4GB of SRAM, a 64GB internal memory, expandable through a MicroSD card slot. The 5-inch touchpad features 1080p resolution, and even has the ability to output to an HDMI connection. The system also has a USB 3.0 Type C port, for adequate transfer of data. The system also has Bluetooth connectivity (for possible headphones or additional controllers) and a 5.0 GHz Wi-Fi connection. If you get the pro version, this all upgrades to 8GB of RAM, 128GB of memory, a front facing camera and a 4G mobile network. Some of these features may be downgraded, if they don’t reach their full goals.

One of the cooler features of this peripheral is it’s configurable controls. Utilizing directional pads similar to the Steam Controller, the developers are including additional ‘Z-Pads.’ These pads will offer additional buttons, control sticks and d-pads, allowing you to customize the controller for the best experience. It appears that they’re making ones based on the N64, Gamecube and Genesis as well for retro emulation as well. The developers also have plans to double the console as a controller, in case you want to play games on your PC with its customization.

The developers are also saying the console will be an open platform, meaning you can install different operating systems on it if you so want to. This also means that software outside of the main purpose can be designed for it. They also plan on integrating KODI, formally known as XBMC, an open source software for streaming current television shows, movies, podcasts and more. These lofty goals are all part of the stretch goal system, so check their Kickstarter for more information.

The developers plan on shipping the first consoles in October of 2016. The campaign ends on January 13th and requires, at least, €900,000 in funding. For more news like this, keep reading Mouse N Joypad.

Trevor Anderson
Trevor Anderson is a writer and game enthusiast from St. Petersburg, Florida USA. As a long-time gamer and appreciator of the digital palette, he publishes reviews and editorials about the industry. He enjoys experience-based games, but won't hesitate to frag opponents online.
You might also like
GamesGamingNEWS
MORE
Read More
14553

Must Read:Played Up?: Truth’s Anti-Smoking Article About Smoking In Video Games
Read More
3039 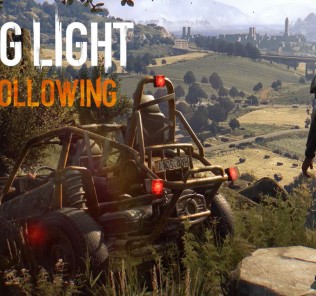 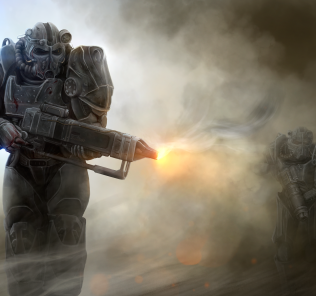