by Johnny on May 1, 2014
HARDWARE
0
previous article
Destiny's PvP Mode Needs To Be Unlocked
next article
Games With Gold For May
Contents
WHAT WE LIKED

The length of the main cable, for console gaming.

This headset may be out of reach for those on a budget, but if you are in the market for top notch sound then you need look no further. It delivered on every front, and due to it's weight was very comfortable on long sessions. I think we may have competition for those companies that already have both feet in the market.

VERDICT
YOUR VERDICT
You have rated this 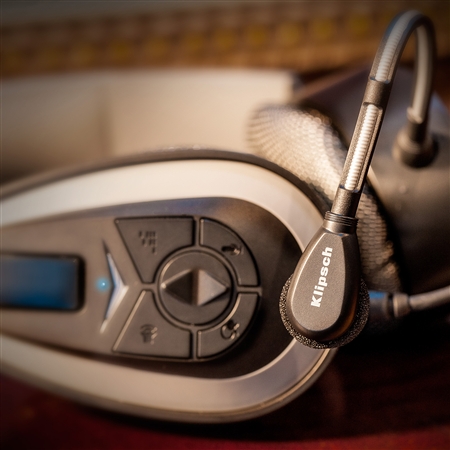 Klipsch as a company has been around for decades supplying highly engineered sound for a wide variety of applications, from cinemas to the home. Recently however, they have joined the growing list of companies that realise how big the gaming industry has become, and how important it is to tap into this market. One of their first products aimed at this market is the Klipsch KG-200 Gaming Headset, designed to work across a wide variety of consoles and PC. We have had the opportunity to test out this headset and put it through it’s paces. Firstly, I have to say that when it comes to sound, a lot of gamers especially those in the console market, take it for granted and just wack up the T.V volume. Sound plays a major part in every game, and without the right sound you miss a myriad of things throughout any game that you play. For instance, if you are playing Call Of Duty, with the T.V volume turned up or even with the headset supplied with the Xbox, you cannot hear that sneaky player coming up behind you to finish off his move by humiliating you. With the right type of sound hitting those ear drums, and you will be amazed at what you hear.

This is where the Klipsch KG-200 Gaming Headset comes into play. I have tested this on Xbox 360, PS3, PC and Xbox One using the new adaptor for the controller. I have also tested it while playing music, games and movies through all of the platforms mentioned, and I have to mention that the richness and depth of sound from these is finomial, from the high notes right down to the deep pulsing basses. Let’s look at what you get for you cash in the box. Firstly of course you get the headset, which is designed in a sleek matt and gloss black finish, with silver trim and ear cups. The headset itself is extremely comfortable and light to wear, with plenty of padding around the ear to block out ambient sound and provide a good degree of comfort. On the right ear you have all of the controls you could ever ask for including, volume, chat control, tone control that allows you to cycle through presets and game volume, with a small LED indicator to inform you of the status. The microphone supplied with the headset is detachable, and I found it very crisp with no feedback during gaming sessions. The microphone plugs into the left ear cup on the headset. To allow you to chat on your favourite console, you can plug in the chat cables supplied in the box, directly into the right ear cup, these cables work on PS3/4 and Xbox 360/One. Power is supplied to the headset via the USB on the end of the main cable. 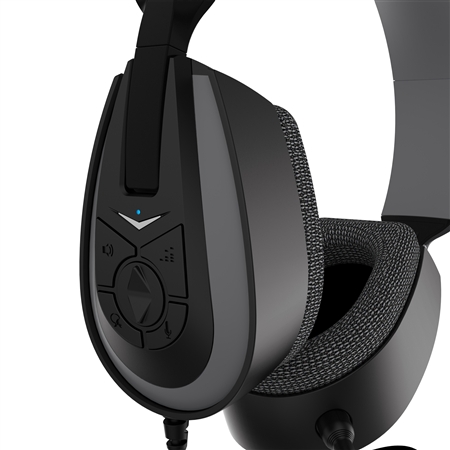 While playing around with the Klipsch KG-200 Gaming Headset, one problem arose, and that is the length of the main cable itself. When playing on PC it is not an issue, as you will generally be sitting quite close to the unit but, console gamers tend to sit further away and I found the main cable a little short for my liking. During the gaming tests I tried out the presets on the Tone control, and found all of them were tuned exactly into what you need to hear while playing a certain genre. For instance the Combat setting which optimises the base and enhances explosions, gunshots and vocals, did exactly that and then some, making me feel a true part of the action as I played. Each time you use any of the on-ear controls you get a very subtle beep, which informs you of your action, which is handy when you are trying to control a game and turn up the volume at the same time.

I have a number of headsets both wired and wireless, from a number of companies, and this headset has performed as good if not better than most of the well know brands we have all become accustomed to. Some may not like it because it’s wired and does not allow for total freedom, but I have a top brand wireless headset I received this year, and had to unplug it because it made my consoles unbearable slow by interfering with the wireless signal. For me it performed on every level of sound quality while using it across all platforms, from music to explosive gaming it delivered. When a company supplies sound to places like cinemas, they know about sound, and the Klipsch KG-200 Gaming Headset only goes to prove it. Find out more on their official website here.

I am getting too old not to be called a life long gamer, considering I have been gaming since the days of the ZX Spectrum. I enjoy shooters and any game that has a good campaign. I will generally play all types of games, but they have to grab my attention in the first hour, to keep me playing to the better end. I dislike poorly executed ideas.
You might also like
REVIEWS

by Tickles on October 21, 2014
Elgato Game Capture HD60 Review       It wasn’t long ago that if I wanted to capture any game footage, I got my Samsung HMX-F90 camcorder and just pointed it at my television to record my gameplay. The fact that I used this technique until a couple of months ago will possibly let you understand […]

by Johnny on April 4, 2014
Ferrari 458 Spider Racing Wheel Review   Driving has been a passion for the human race since the invention of the car, and these days everybody wants to drive a Ferrari, even just once in their lifetime. Gaming has made these high-end vehicles accessible to everyone, from the youngest aspiring racer, to the oldest that remember the […]

The Art Of Titanfall Review

by Johnny on March 10, 2014
The Art Of Titanfall Review   Over the last few months Titanfall has been on the lips of every Xbox gamer, mainly due to the hype surrounding the game, and I have to say that judging by the Beta which we covered here, the hype so far is justified. Few of us actually stand back […]

by Samia Farrell on July 24, 2013
R.A.T.M Mobile Gaming Mouse Review           Thanks to Mad Catz, we got the chance to review another of their fine products, this one being the R.A.T.M wireless gaming mouse. An awesome piece of equipment and as stylish as they come, Mad Catz have not disappointed with the this mouse that simply, puts […]
Comments
Leave a reply